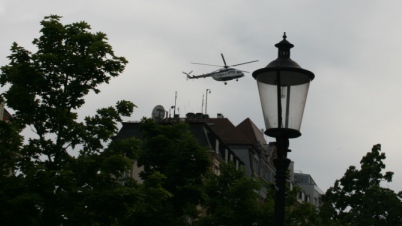 A special police Swat force conducted a raid on alleged Bratislava underworld boss Pito in the early hours of this morning, in a police operation codenamed Rambo that involved also a helicopter.

Juraj Ondrejcak, known as Pito, had the unexpected visitors at his home in Lamac at 4.30 this morning, reports Cas.sk, as the police hit squad closed in on him and his gang. The dramatic raid saw police officers belay down from the helicopter into the courtyard outside Pito’s house. They then proceeded into the house by smashing in several windows, before arresting Pito on charges of unlawful arms possession.

The raid on Pito’s house was part of a co-ordinated raid taking place also in other parts of the city. A recently leaked list of alleged underworld figures contains the names of 44 people who are believed to be part of Pito’s gang. Interior minister Daniel Lipsic will give a press conference later today about the raid and the efforts of the police to crackdown on organised crime.