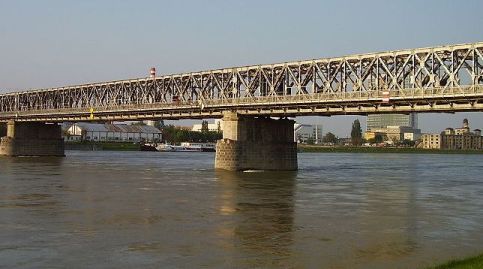 A young 24-yr old man was threatening to kill himself early today by jumping off the Stary Most bridge in Bratislava, but was eventually coached down by a police negotiator.

The man was standing with a knife in his hand on the construction of the bridge, which is now out of service for vehicles, saying he wanted to kill himself, according to the police as reported by SITA newswire.

It took around two hours to talk the reportedly drunk man off the bridge construction, after which he was taken to a psychiatric unit.  The police also noted that the same man had shown a death wish earlier on the evening of 20 July.