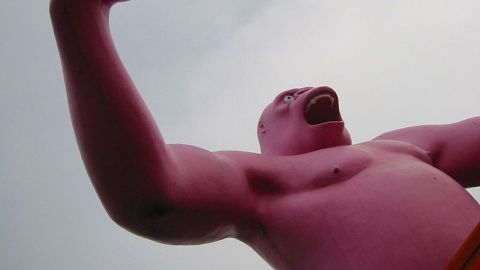 President Ivan Gasparovic can now decide whether or not the corruption allegations in the Gorilla affair will be properly investigated by lifting the oath of secrecy from SIS secret service head Karol Mitrik, so he can tell all.

News portal Aktualne.sk reports that the police presented the request to the President already last Thursday, as confirmed by his spokesman Marek Trubac, who says a decision should be taken soon.

Interior minister Daniel Lipsic has allegedly agreed with Mitrik on the procedure so as to avoid any formal complications, as a previous request to remove the oath of secrecy was rejected.

Mitrik is the current head of the SIS, but the testimony of his predecessor Jozef Magala, who headed the SIS at the time of the alleged Gorilla recordings, will be more crucial. It is unclear whether this is possible, though, as some legal experts say the law does not deal with this kind of situation, and so Magala may keep his knowledge to himself.

If Mitrik is allowed to speak, we could discover whether the Gorilla report recordings still exist. As unlikely as this is, if the recordings were to resurface, they would wipe the current political makeup off the face of the country. Interior minister Lipsic is under no illusions, though, pointing out that ridding the secret service head of his oath of secrecy was just the first piece in a very large mosaic.