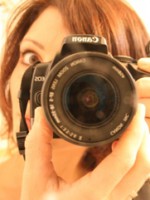 The head of the parliamentary media committee, Pavol Abrhan (KDH) has declared that it is now up to the Ministry of Culture to proceed with the amendment of the Press Act and the introduction of fixed payments for state-run media to replace the current system of TV and radio license fees.

Abrhan pointed out that the heavily criticised Press Act would need a major overahaul, and not just the abolition of the clause on politicians’ right to reply.

Regarding TV and radio licence fees, Abrhan expressed his support to scrap them altogether. “I completely support the abolition of licence fees, and the same goes for agreements concluded between the state and state-run media. I also support the substitution of the fees by fixed payments from the state budget” he said.

Because the Ministry of Culture partly finances the media in question, this produces a conflict of interests when the media are reporting about the ministry’s activities. Scrapping of the fees will also have to be endorsed by the Ministry of Finance due to the outage in the state budget.