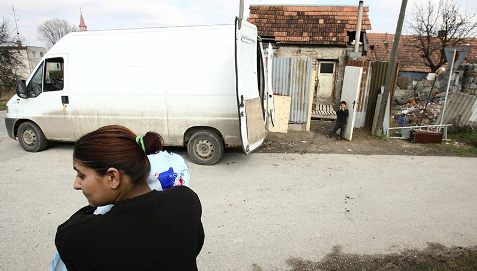 Some fingers are being pointed at Prime Minister Robert Fico for blaming the Roma ethnic population for distorting the high 14% unemployment figure “in an unthinkable way”, saying it could be as low as 8-9% if it were not for the numerous unemployed Roma. This claim is held by many in Slovakia looking for a scapegoat for economic problems, but the stats say otherwise, claims daily SME today.

The daily cites a recent analysis from the Institute for Financial Policy with the Ministry of Finance, according to which the number of unemployed Roma has just a small impact on the overall unemployment rate, partly because many of them do not even sign on for benefits. It goes on to cite IFP head Martin Filko, who points out also the unreliability of population census when it comes to the Roma, as many of them are not even in the system (last census showed 110,000, but current estimates talk about closer to 350,000 Roma in Slovakia).

Only around 42,000 Roma are in fact registered as unemployed, which mean, with a similar number (35,000) registered as holding employment. This means that the Roma population make up just 10% or so of all unemployed in Slovakia, currently edging towards 400,000. Saying that, it all the Roma claiming unemployment benefits were suddenly to start work, the unemployment rate would still be at least 12.5%.