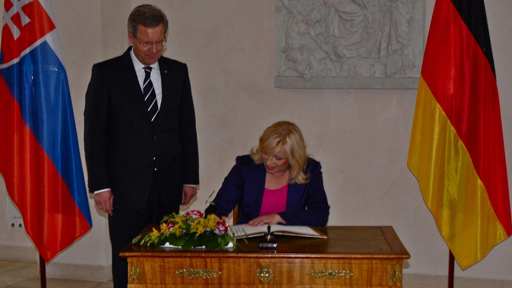 On Wednesday, 25 August, while visiting her German counterpart, Slovak PM Iveta Radicova had some harsh words for the European Commission, and specifically for EU Commissioner for Economic and Currency Affairs, Olli Rehn. Previously Rehn had said that Slovakia had breached the principle of euro-solidarity as it refused to join the EUR 800 million loan agreement to bail out Greece.

Radicova made her feelings clear to German newspaper Die Welt by saying: “The way that Olli Rehn, a non-elected official from Brussels, spoke about the freely-elected MPs of the Slovak Parliament was offensive. He has no right to do this”. She then demanded an apology both from Rehn and the EC. She later reiterated her stance at the meeting with German Chancellor, Angela Merkel. The EC has no intention of giving an apology to Slovakia, though, as it still feels Slovakia should have agreed with the loan.

In reference to the Greece issue, the Slovak PM said that irresponsible handling of public money by certain countries had forced the European Union to adopt hasty and non-standard decisions. from her part, Chancellor Merkel commented that “Germany could not handle the situation in any other way, or we would have put other eurozone countries in a bad situation”.

Good to see Slovakia stand up for itself sometimes, and it would be good also if the people took an example from the Prime Minister and started demanding that all politicians be held liable for their decisions and practices.