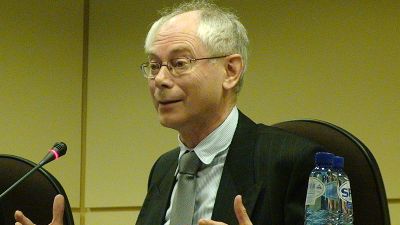 At her brief meeting with European Council President Herman van Rompuy while at the UN General Assembly in New York, Prime Minister Iveta Radicova took the opportunity to explain to him Slovakia’s position regarding the EFSF mechanism.

Radicova outlined for Rompuy how although Robert Fico’s strong opposition party backed the European Financial Stability Facility (EFSF), they refused to support it in parliament, and that her coalition partner SaS was resolutely against the most recent proposals.

Radicova admitted that the issue had shaken up relations within the coalition and so the stability of the government, but that keeping this stability was paramount to her.

Following a press conference on Tuesday at which all SaS MPs said a collective No to the EFSF, the PM was put on the spot by finance minister Ivan Miklos, who disclosed that the PM was in favour of combining the EFSF vote with a confidence vote in the government. Radicova has since said that she does not rule out the possibility, but that it would best be avoided.