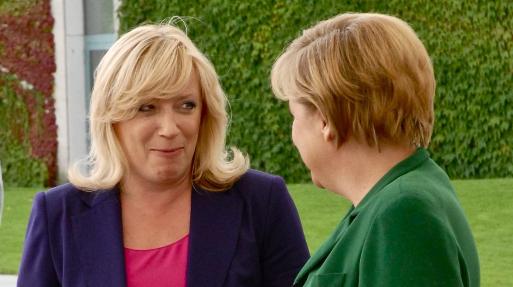 On her first official trip to the USA as Slovak Prime Minister, Iveta Radicova met with US foreign secretary Hillary Clinton yesterday, with whom among other things she discussed the issue of corruption, ironically on the day the New York Times published a harsh article about Slovakia on the subject.

During her trip, Radicova also collected the woman of the Year award from Glamour magazine along with four other prominent female politicians, and gave a speech at the annual dinner of the NGO Friends of Slovakia, which endeavours to boost cooperation between Slovakia and the US.

She gave another speech at Woodrow Wilson International Center for Scholars and enjoyed the annual Slovak-American Awards Dinner, which the Slovak Embassy in the USA organises every year.

Radicova said she was saddened by the NY Times classing Slovakia as a siphon when it comes to EU funds, but unfortunately given the country’s track record over the past few years, the newspaper probably has a point.