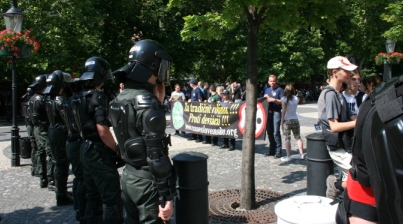 Maybe the opponents of the Rainbow Pride gay rights march on Saturday 4 June in Bratislava felt they didn’t get much ‘justice’ at the actual event, and so some of the more prominent of them have attacked the ambassadors that supported the event.

Former politician Jan Carnogursky (led the KDH for ten years) joined a handful of other prominent public figures to send a group letter of disapproval to the ambassadors of the 20 countries, claiming that they were interfering with an internal political issue when supporting the demands made by the gay community, and that this was out of their jurisdiction as diplomats.

The signatories pointed out how Slovakia and even some of the ambassadors own countries had had their fair share of bad experience with certain ideologies promoting their demands.