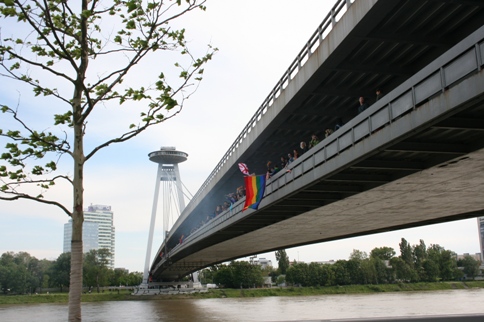 A new strategy for human rights in Slovakia was passed by the government today, despite pleas from the Alliance for Family, which recently organised the referendum against gay rights.

The programme entitled Human Rights Promotion and Protection Strategy was given green at the government session held today, with Prime Minister Robert Fico referring to the Strategy as “balanced”, adding how it was not possible to respect one extreme or another. The Strategy was two years in the making and will see greater monitoring of human rights in Slovakia, while focusing more also on education.

Another aspect of the strategy is protection for partners who are not married, which would essentially include same-sex marriages. The recent referendum attempting to deprive couples of same sex partnerships certain rights was invalid due to weak turnout, also because those against the referendum boycotted it.

The referendum costing around EUR 5 million was initiated by Alliance for Family, which together with Life Forum and Slovak Society for the Family pleaded to the government not to pass the strategy today, arguing that this would be against the will of those who took part in this month’s referendum.

The NGOs have now organised a petition and so will be rallying their army of supporters once again. Another referendum maybe? The organisations have their own opinion as to what should be in the Strategy, including the issue of conscientious objection.