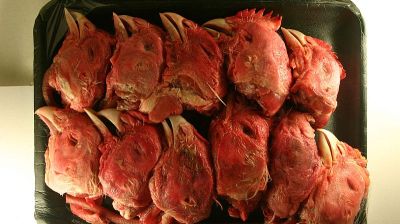 News has come to light that certain retail chains have been putting dodgy poultry products back out and so posing a risk to public health.

Tasr newswire reported how the hazardous meat was still being sold after being banned by the state authority, in violation with the law. The press secretary of the Slovak Poultry Union (UHS) Lubomir Urban announced the revelations today.

An inspection by the State Veterinary and Food Authority pointed to the danger posed to the public by the unhealthy foreign products still being resold in retail chain outlets, based on data from May, June and half of July.

Specific mention was given to what was referred to as “French chicken” and “German chicken legs and back” said to be sold in Kaufland and also Hypernova chains. These chickens were to be recalled from stores in May, but showed up again in June and July.

Head of the UHS Daniel Molnar said the retail chains were being arrogant and ridiculing state authorities and customers.