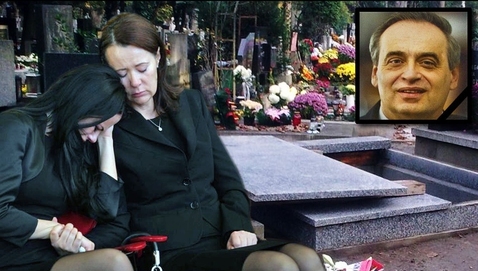 Today the body of murdered prominent lawyer Ernest Valko (57) was laid to rest at 3.42 pm in Martinsky Cemetery in Bratislava following a funeral ceremony that has been going on all day. The public ceremony was held in the Mirror Hall of Primatial Palace in Bratislava in the presence of around 200 prominent figures from Slovak society.

The public were allowed to pay their respects outside where they laid wreathes and lit candles under the large screen that had been set up for the occasion.

At the ceremony Prime Minister Iveta Radicova apologised to Valko and his relatives for not having prevented his murder. “To me you have always been, and always will be, not just an honest man, but above all a fair man,” said Radicova, as Valko’s ex-wife Olga and daughter Jana shed their tears.

The emotionally-charged ceremony was accompanied by the songs Shine On You Crazy Diamond from Pink Floyd, Dekuji from Karol Kryl and Stairway to Heaven from Led Zeppelin.

After the ceremony, his coffin was carried out by Ivan Miklos, Pavol Hrusovsky, Ladislav Snopko, Peter Zajac, Fedor Gal and Valko’s co-worker Ivan Trimaj. The funeral procession then made its way to Martinsky Cemetery, where a mass was held before Ernest Valko’s coffin was laid to rest in his grave. His daughter Jana led the mourners as they threw red roses into his grave.