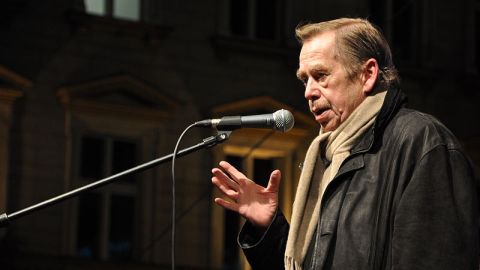 The last president of Czechoslovakia (1989-1992), dissident, king of democracy and renowned writer Vaclav Havel passed away at his home in Hradecek pri Trutnove yesterday aged 75.

The condolences came flooding in from all over the world, with Slovak politicians expressing their grief, as well. President Ivan Gasparovic noted the key role Havel played during and after the 1989 Velvet Revolution, and how he had left a strong imprint not just on Czechs and Slovak societies, but also on democracy in Europe.

Acting Prime Minister Iveta Radicova recalled how she had spoken to him just a few days ago, sending her condolences to all his loved ones. Opposition leader Robert Fico acknowledged the stature of the man and the role he played in the post-November period. Foreign minister Mikulas Dzurinda said Havel had done more to bring down the totalitarian regime than anyone else.

Havel had been having health problems for the past few years, and things deteriorated recently after he had been working too much as director on his first film Departure, with severe respiratory problems taking their toll. May there be many more like him.