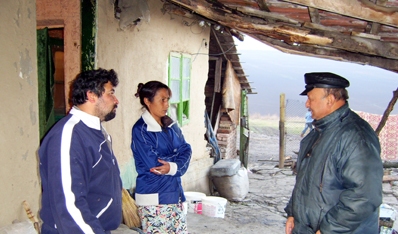 With segregation walls popping up around Slovakia, the Roma population are discontent with how the government’s new plenipotentiary for Roma Communities, Miroslav Pollak, is doing his job. The roma are complaining that he is not speaking up for them and defending their rights.

PM Iveta Radicova has received an open letter from the Roma Union demanding that Pollak be removed from his post. as he has been ignoring them and has no insight into how the Roma community works and thinks.

They have criticised his silence, for instance, regarding  the construction of walls in Slovakia to segregate Roma settlements from their neighbours, something that is slowly becoming a trend.

Vice-chairwoman of the People Against Racism Organisation, Irena Bihariova, thinks that it is still too premature to judge Pollak’s work. Pollak himself has said that he plans to provide local mayors with more information and recommendations on how to deal with rising problems with the marginalisation of Roma communities.