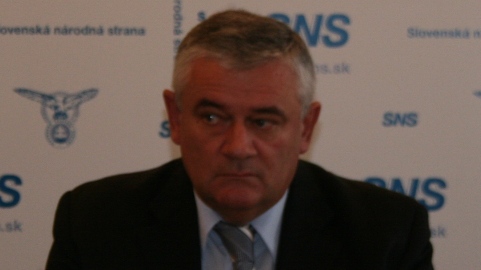 Almost in line with tradition, the pre-election billboards of nationalist party SNS have caused a stir by their racial undertones, among other things, so much so that the Roma Union Party (SRUS) is calling on the SNS party to remove them.

Head of SRUS Frantisek Tanko says the billboard campaign of the SNS is a direct attack on the Roma minority, and so they are contemplating filing a criminal complaint. The SRUS party was set up last year and is the only Roma initiative to run in next month’s parliamentary elections.

Three billboards angered SRUS in particular, with statements like “How much longer will we pay for the Roma?” or “Matovic wants Gypsies in parliament” referring to how Igor Matovic’s Ordinary People and Independent Personalities party has a Roma candidate on its slate.

Head of the SNS, Jan Slota, commented in typical fashion that he has nothing against Gypsies getting into parliament if they are voted there, and so if there are 150 Gypsies in parliament, then so be it, while noting that there was nothing racist about his stance.