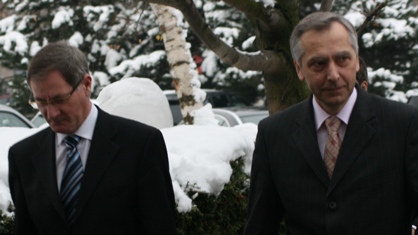 The Presidential race is starting to take shape as the first candidates for the 2014 Presidential elections start to be revealed.

There are now rumours that head of the KDH caucus, Pavol Hrusovsky, will be one of the main challengers, with an extensive track record in top public posts. His candidacy could receive the support of two other opposition parties, namely SDKU and Most-Hid, according to KDH MP Alojz Pridal, who spoke to TA3 news channel about the potential candidacy.

Everything is being kept hush for now, though, with Hrusovsky referring to his alleged candidacy as mere media speculation. This goes against what Pridal told the news channel, though, while he did note how negotiations are only in the early stages. The Christian democrats of KDH could therefore find themselves with two strong candidates in the race, as party founder Jan Carnogursky had announced earlier also his intention to run. Carnogursky explained to TA3 news channel that  everyone is entitled to run for President and so Hrusovsky’s personal decision is to be respected.

Current President Ivan Gasparovic can no longer run for the post.