As is the case every year, gas prices are projected to increase again this year, but this time the hike could be pretty steep as the purchase price of gas is set to rise by 40%. 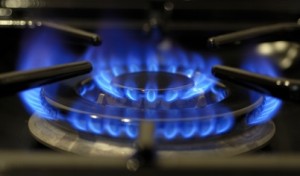 The principal cause of the price hike is that Slovakia’s almost exclusive gas supplier, Russian gas giant Gazprom, has stated that it would be increasing prices by as much as 40% before the end of 2011. Gazprom puts the hikes down to rising prices of oil and oil products, which represent the basic component for calculating gas prices agreed in the long-term contracts between Gazprom and Slovak gas utility SPP.

The actual increase in end prices will very much depend on how the distribution companies in Slovakia reflect the hike into the prices for customers, but the hike should not be so dramatic for those in households at least, as they are still under the protective wing of national regulatory authority URSO.

Corporate customers might be more vulnerable, though, as their prices are set progressively according to current developments on the market.