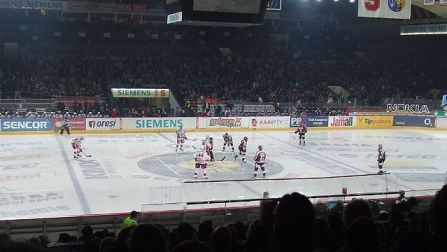 The KHL (Continental Hockey League) was founded in 2006 mostly by Russian hockey teams to compete commercially and professionally with North American NHL. In order to attract its European fans, it is now including teams from post Soviet republics. Today, a breakthrough in this league, it has freshly added teams from Prague (HC Lev Praha) and Bratislava (HC Slovan Bratislava).

These two teams had different paths to get to this point. Lev Praha is a recently founded team on the remains of defunct names taker from Poprad. Lev Poprad was in the league for one year and left the league as one of the last, with debts and a shattered reputation. Although Lev Praha claims to be a totally different organization, there are some creditors who claim a different story. Nevertheless, Lev Praha seems to be more mature with a good fan base and better resources. 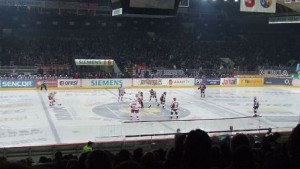 Prague is home to one and a half million people and has bigger and better arenas. Prague is also an international center of trade and culture, with a strong base of immigrants from former Soviet states.

On the other hand, for many years Slovan Bratislava had been the champion of the Czechoslovak Hockey League (1946-1992). The team has a tremendous history and after winning the eighth title of the Slovak Hockey League, the management decided to take a bigger step, to challenge the best teams outside North America, the Russian KHL. Bratislava has good fan base and a very skilled team led by Czech coach Rostislav Čada.

We should mention also how the Lev Praha team boasts some of the best Slovak players ( Luboš Bartečko, Tomáš Surový and Marcel Hossa). The team is led by charismatic captain Jiří Novotný, a skilled forward, who played in NHL for many years. The team plans to play at the Tipsport Arena (owned by another Czech-league team, Sparta) and some of the home matches will be played at the bigger O2 Arena.

The hockey fans from the Czech and Slovak republics are certainly looking forward to a freshly born opportunity, which will revive old fashioned “federation rivalry”.