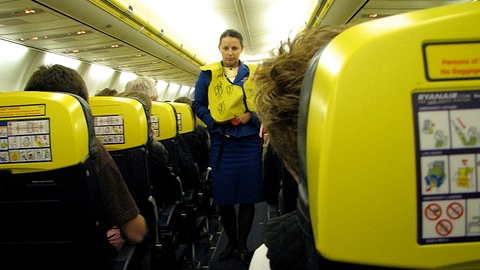 Michael O’Learys’ Ryanair has warned of rising air fares due to surging oil prices and so we could end up paying an average of 12% more by the end of the financial year.

Ryanair already increased fares by 12% by 31 March as fuel costs continued to put the pressure on airlines throughout the world. What’s more, the higher air fares will only help cover higher fuel costs and it now expects annual profits to be flat year-on-year.

Ryanair, which operates more than 1,500 flights per day, also stated that it expects some airlines to go bust due to the higher fuel costs, which could give the others scope for growth.

The warning about fares comes as Ryanair reported a 26% soar in pre-tax profits to EUR 319 million in the fiscal year ending 31 March.

Ryanair chief executive Michael O’Leary admitted that the rising price of oil has presented the low-cost airline with opportunities, as it would force competitors to keep hiking up fares and fuel surcharges, which will work in favour of Ryanair thanks to its lower fares. “In many cases competitors’ fuel surcharges are higher than Ryanair’s lead-in fares. Higher oil prices will lead to further consolidations, increased competitor losses, and more airlines going broke”, he said.

Earlier this month, low-cost rival easyJet posted almost double half-year losses as it wrestled with higher fuel prices. Ryanair, on the other hand, has kept pace thanks especially to its auxiliary revenues from the likes of in-flight sales of refreshments and merchandise, while this additional revenue helps the airline keep down ticket costs.

Meanwhile Ryanair continues to grow, adding 40 new aircraft to its fleet to comprise 272 aircraft, as well as eight new bases. Nevertheless, the airline plans to cut back on some routes later in the year, especially the popular holiday destinations like Italy and Spain.