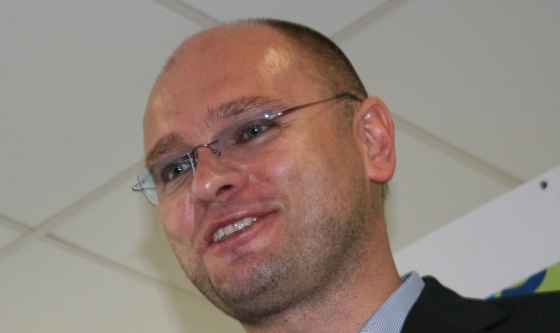 In an attempt to reconcile relations with the media and coalition partners, SaS chairman Richard Sulik announced at a press conference today, 10 August, that his party would buy the shares in the company Liberalny dom, s.r.o. from the 16 SaS members who initially set the company up. The value of the share capital is EUR 1.275 million, which once paid will make the party the sole owner of the company.

Sulik promised that the state would not finance the offices of MPs in the building owned by the company, which was the main cause of concern amongst critics. The party will purchase the shares in the company, and so gain title to the building, with the funds that arrived in its account yesterday, 9 August, which came from the state as part of the proportionate allocation of funds to parliamentary parties following the elections.

Sulik went on to say that the MPs of his party would not even have any office in Bratislava at all, and that the company Liberalny dom may provide premises to them only for the sake of meetings. As a kind of counter-blow to its critics, the SaS is now planning to initiate a legislative change that will prevent any MPs from having state-funded external offices in Bratislava, because they already have an office allocated to them in the grounds of Bratislava Castle.

He offered an apology about the affair by saying  “We underestimated the sensitivity of society, which has already been witness to various cases of fraudulent financing by political parties. I regret that the situation developed the way it did and I apologise to our voters”.

It will be interesting now to see how the critics of Liberalny dom will react to the legislative proposal of SaS, as this would put an end to practices used, for example, by SMER-SD to date, as it has rented offices out to its MPs, who paid for them using the state-allocated EUR 900 for office space.