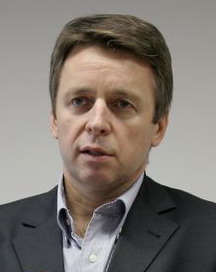 The recently announced plans of finance minister Ivan Miklos to shakeup the tax and payroll levy systems came under fire right from the start. The rising pressure from lobbyists might gradually be starting to crack through the ice, though.

Various groups are shouting out for the government to scrap the controversial plans and try to make savings in other ways. Sole traders and small businesses have been pressurising Miklos through state secretary Vladimir Tvaroska (SDKU) and SDKU MP Ivan Stefanec, and so now minister Miklos is making sweeter notes, although not changing his tune entirely.

Miklos made a statement that the changes to affect the self-employed will not be so hard, and that he would focus on excise tax on cigarettes and alcohol to make up the difference, but this has already got the wine producers up in arms.

In this respect, the Coalition Council met yesterday evening, 24 August, to discuss ways on how they could increase the receipts to the state budget. The coalition hopes to do this with the least possible impact on work income tax, putting the focus more on consumption and capital gains.

Prime Minister Iveta Radicova said that no final decision had yet been made about this option, and it has not been given any specific shape yet by the coalition partners either. A working group will be looking into ways of increasing budget revenues, which the government will then discuss next Tuesday in the hope of saving an ambitious EUR 1.7 billion in next year’s budget.