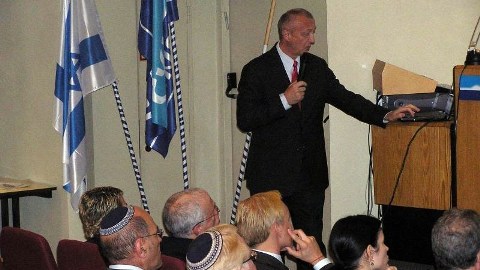 Slovak Investment and Trade Development Agency (SARIO) continues its mission to attract foreign investors. The Agency in cooperation with the Embassy of the SR to Israel and the Israeli-Slovak Chamber of Commerce prepared an investment seminar and a series of trade negotiations at the end of November. SARIO was represented by Robert Simoncic, SARIO CEO, Andrea Gulova, the Deputy CEO and the Head of the FDI Section as well as several project managers of SARIO.

During the visit to Israel SARIO representatives focused mainly on meetings with potential investors – successful Israeli companies as well as meetings with Israeli institutions and scientific and technological incubator. More than 15 meetings were held during three days visit.

Over 50 business subjects interested mainly in economic conditions in Slovakia, opportunities for doing business and possible government and municipalities support participated at the investment seminar in Israel. Since Israel is the leader in research and development, the topic of cooperation with technology centers in the fields of ICT, software, natural sciences, semiconductors and others was in the forefront of discussions.

SARIO´s aim is to be a modern agency, which will be perceived by foreign investors and domestic partners as a vehicle for growth and innovation. SARIO wants to assist to the development of the Slovak economy in the maximum extent possible by attracting new investment and offering trade support, which shall bring its results in creation of new jobs and ultimately increase the living standards in Slovakia. Source: Sario