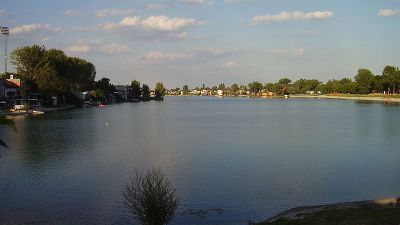 The so-called Sunny Lakes (Slnečné jazerá) resort in Senec near Bratislava has its hands full these days as noisy party animals arrive en mass from Ireland.

Vendors at the resort say that the hundreds of Irish tourists who have flocked to the lakes are the noisiest and most aggressive holdiaymakers they have ever come across.

According to website Noviny.sk, this morning a brawl broke out involving four of them, one of whom ended up being treated in hospital after slaps were replaced by a knife attack. The attacker fled the scene after slashing the hand of the 23-yr old victim.

The Irish invasion started at the beginning of August and their army now amounts to around 110 caravans full of the hot-blooded Celts, who have quickly acquired a reputation as being a rowdy lot.