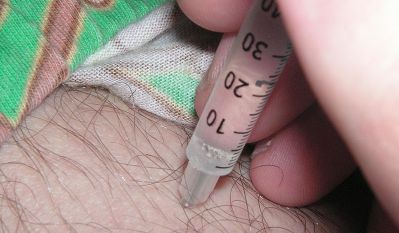 A 29-yr old male nurse working at Kramare Hospital was taken into custody earlier this week suspected of having killing a 63-yr old woman with a lethal injection of a medicinal drug, and now it looks like she was not his first victim.

The silent killer Jaroslav Dobias admitted to giving the old woman a drug he knew would end her life, and now the police are investigating a case in the city of Trencin, where he worked before. Sources cited by daily SME claims that the Trencin case has been confirmed and Dobias has pleaded guilty to it.

As a result, the police will exhume the corpse for a posthumous autopsy and will be checking back through Dobias’ history, which could reveal that a silent serial killer has been at large in what should be the safe haven of hospitals.

The horrid revelations have provoked talk about whether nurses should also be subjected to psychological tests, but this idea does not have much backing yet either from the ministry.

Slovakia has not been lucky in the past year with cases of strange individuals cropping up in society, after crazed gunman Lubomir Harman killed 6 in August 2010 and the recent case of the cannibal killer Matej Curko in May this year.