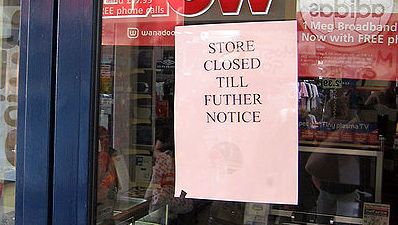 Even though Slovakia boasts a fair economic performance compared with others in the EU, the kickback from the economic crisis is still being felt, with a rising number of bankruptcies as a result.

Yesterday the company Slovak Credit Bureau, which operates the Universal Register in Slovakia, announced that 1Q 2012 saw the highest number of bankruptcies for any quarter in the past six years. There were 123 bankruptcies filed in the quarter, both from corporate and natural entities, which is almost 11% more than 1Q 2011.

Now with rising taxes, levies and taxed dividends, not to mention the decimation of the flat rate tax system for the self-employed,  the bankruptcy figures could very well keep rising, as more and more companies find it increasingly hard to deal with the tax and levy burden, for instance.