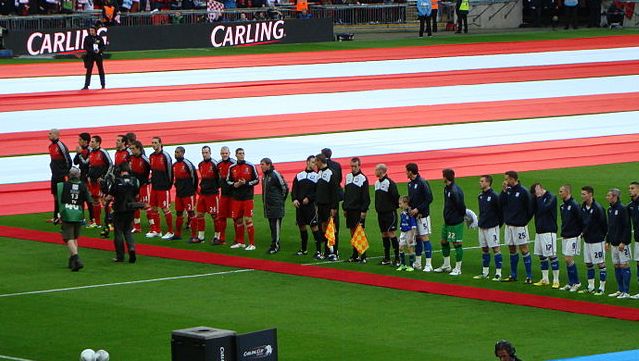 Earlier this week Martin Sktrel received the award for Slovakian footballer of the year. The 6’3′ center-half, currently plying his trade at Liverpool F.C., narrowly won out over Marek Hamsik, who is a standout performer at Napoli F.C.

Though only narrowly winning out over Hamsik by a margin of 3 votes, there is no disputing his deserving recognition for his fine form this season.  Sktrel has been one of the most outstanding performers in Kenny Dalglish’s Liverpool side this season, and his considered to be the frontrunner for Liverpool’s player of the season.

This is the third time Skrtel won the award, coming right on the heels of winning the Carling Cup, his first major trophy with Liverpool.  After signing for the club in January of 2008, then-manager Rafa Benitez said of Sktrel: “He is aggresive, quick, is good in the air and I think he’s a very good player for the future and also for the present.  He is very competitive, but his mentality for me is very good.”  After a few seasons of mixed performances, it would it appear Sktrel is finally reaching the potential that earned him a move to the English Premier League.
Upon receiving the award at the ceremony in Trnava, Sktrel remarked.  “What can I say?  I won two trophies in two days.  It’s fantastic.” The secret to his good form?  Though many things play a part, Sktrel attributes his form to an additional family member.  “My first son was born in October” he remarked, “I still believe my best is yet to come.”