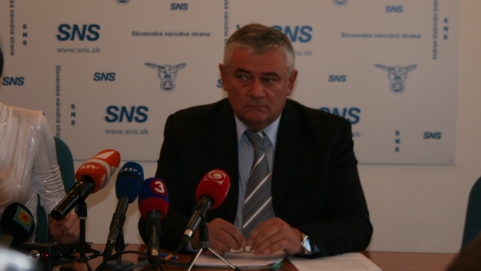 Former head of the Slovak National Party (SNP) Jan Slota, who was charged by police in May for being under the influence while driving, is refusing to own up to the offence and so could end up doing time.

Slota, who until the 2012 elections enjoyed MP immunity and acted accordingly, is apparently still convinced he can pull off his magic and walk away without punishment for posing a threat with his drunk driving.

If Slota were to admit to the charges, his punishment would be more moderate, but now he could face up to a year in jail, writes SME daily today. The District Prosecutor in Cadca will now decide on the police charges with some development expected by the end of June.