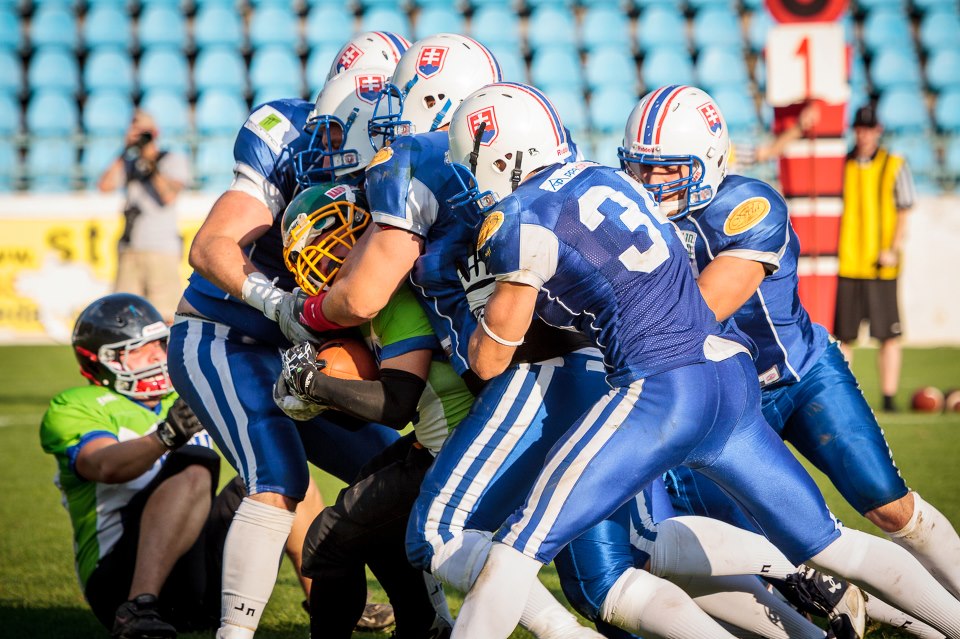 Good news and bad news: The bad news is that our beloved Slovak national American football team came up short against Slovenia in a 24-30 overtime loss. The good news is now that the national exhibition game is over, the Slovak teams are ready to face each other in the second season of the Slovak Football League. The league is split up into four Slovak teams: Bratislava Monarchs, Trnava Bulldogs, Nitra Knights and Zvolen Patriots. Last year, the inaugural SFL season, the Bratislava Monarchs went 6-0 to take the championship. The Monarchs have the advantage of experience and depth and are the favorites to take the trophy again, however the remaining three teams are confident in their underdog roles and are looking to pull the upset. The season kicks off this Saturday at Istrochem Stadium in Bratislava as the Monarchs host the Trnava Bulldogs. On Sunday the Zvolen Patriots host the Nitra Knights. Unfortunately, due to the national game against Slovenia, the SFL season has been trimmed to only three games per team. The complete season schedule is below; all games kick off at 2:00PM.