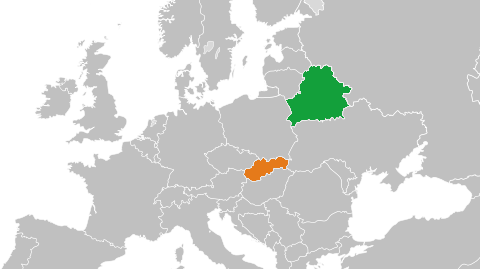 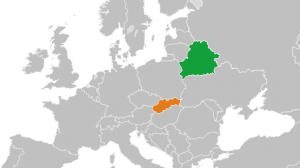 According to Alexander Guryanov, Deputy Foreign Minister of Belarus, chairman of the joint commission on Belarus’ behalf, the trade between Belarus and Slovakia has been recently gaining momentum.

“Today’s meeting helped us determine the most promising cooperation areas in trade, investments, mechanic engineering, agriculture, transport and other sectors of mutual interest for Belarus and Slovakia. There have been also signed 17 protocols of intention,” the official said. Besides, the meeting participants discussed economic interests between the EU and the Customs Union.

Deputy State Secretary of the Economy Ministry of Slovakia, Director General for Trade and Consumer Safety of the Economy Ministry Eva Szaboova stressed the necessity of developing cooperation between the two countries. On 9 November the Belarusian Chamber of Commerce and Industry hosted a business forum for businessmen of the two countries. The forum ended up with the signing of a number of agreements, she added.

In her words, the abovementioned events have defined the major steps for further partnership in the economic and sci-tech sectors. “We hope that the outlined projects and cooperation plans in agriculture, tourism and transport communications will be implemented,” she stressed.

In 2010 the trade between Belarus and Slovakia amounted to $180.9 million. This year the bilateral trade has been on the rise. Thus, in January-September, the trade was up by 68.4% from the same period of 2010 to $203.4 million. Belarus’ main export items to Slovakia are petroleum products, construction equipment, medical supplies, potash fertilizers, hardware products, synthetic fiber, furniture, refrigerators, tractors, combine harvesters, polyamides, cord materials for tires. Slovakia’s major exports to Belarus are cars, thermal processing equipment, spare parts for cars, piston engines, equipment to process rubber and plastics, electronics, and polymers of propylene.