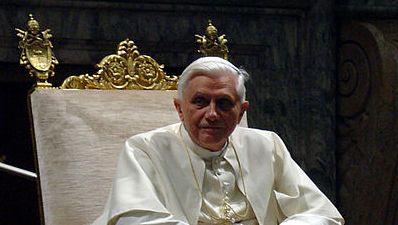 The Main Square in Bratislava was flooded with hundreds of people last night in a show of support for former archbishop Robert Bezak, who was removed from his post by the Pope for reasons still unknown.

The 2-hour concert went ahead without any conflict between those who support Bezak and who are demanding an explanation from the Vatican, and those obedient lambs who respect the church’s decision without question. Some opponents to the concert had called on followers to show up and and sing choir songs and pray while the concert was going on, but they possibly gave up on the idea after seeing the hundreds of people in support of 52-yr old Monsignor Bezak.

The event included a petition and at the end of the concert the organisers read out a public letter addressed to the various branches of the Catholic church demanding an explanation as to why Bezak was removed. The organisers claim they are not opposing the decision of the Pope, but instead are supporting something they believe in, and so refuse to keep silent. Bezak was greatly loved for his pragmatic human approach to issues, as he also tried to close the gap between believers and non-believers.

The Holy See said it very much regretted the hastiness with which Monsignor Bezak had spread the news of his dismissal, as this was in violation of Pontifical secrecy, but it did not express any regret about the sudden and surprising recall of possibly the most popular archbishop Slovakia has had to date. Naturally, the Holy See defends its position, while holding back on the grounds for Bezak’s dismissal, saying believers don’t need to know everything. It says Bezak was well aware of the reasons for his dismissal, something that Bezak opposes.

Bezak’s case has caught the world’s attention as it is not every day followers stand defiant and demand something from the Vatican, with The Daily also receiving calls from various media, including as far away as Korea. Bezak was known for being open and honest about issues, which is not always a good thing, especially as he criticised his predecessor Jan Sokol and drew attention to the dubious financial management under Sokol’s term, which became the subject of a criminal investigation following an audit, just three days after Bezak was deprived of his Trnava archdiocese.