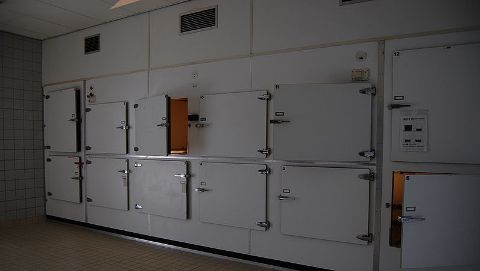 Recent investigations suggest that there may be an obscure link that connects a Slovak company to others abroad, all engaged in a specific and delicate pharmaceutical niche: the extraction and processing of human tissues and organs.

The two companies under the spotlight are the Tissue Research Institute (TRI) that operates in Slovakia theorically engaged in the supply and research in national field, and Tutogen Medical (TM), a German company controlled by an American firm.

Contrary to what would be done, the products of TRI have been transferred to the German parent company Tutogen Medical Group without the express consent of the relatives of the deceased explanted. On the basis of a legis vacazio it is therefore possible that unbeknown to the family, the Slovakian company has been deliberately used as a vehicle of “raw materials” to Germany.

TRI had signed an agreement with the Healthcare Surveillance Authority (UDZS) in which it agreed meritorious co-operation for the collection of tissues and organs used for transplants and scientific research in the Slovak territory.

According to the UDZS, the TRI had intentionally preserved organic materials in saline solutions, a technique that prevents their effective use in Slovakia, where a completely different method of storage is applied, namely freezing.

After objections of the UDZS (which complained about the lack of respect for the basic condition for use on national soil), an inspection was carried out that seems to have revealed that the biological materials were exported. For this reason, the UDZS has terminated the agreement leading to legal action from Peter Vegh, in his role as Chief Executive Officer.

In fact, RTI would claim damages corresponding to loss of earnings resulting from the cancellation of the contract, but the company must justify the claim in accordance with local legislation, which provides that the extraction and collection of tissues and organs should be carried out according to exclusive use for transplants or scientific research.

However, operations for the removal of organs and tissues made on behalf of TRI in Slovakia would be about 13,000. From March 2009 until the cancellation of the contract, in the morgues of Bratislava and Nitra, at least 600 human bodies were therefore radically dissected.

In Nitra the explants were made directly by the staff of public health facilities, during normal business hours, so that the authorities have already interrupted this action, accordingly to their employment contracts.

Someone who could explain the story would be a certain Christoph Fauser, an employee of Tutogen, a new entrepreneur. Since November 2011, in fact, Fauser has been the partner that controls 1% of the shares of Tissue Research (of which other members are Peter Végh, managing director with 12%, and another person, Miroslav Micski, with 78%). According to available data (or rather, those of  public domain) Fauser domiciled in Neunkirchen am Brand in Germany, the town where Tutogen Medical just happens to have its headquarters.

Another very strange coincidence is that the personal account of Fausner on Xing, originally reported his appointment as Director of the Department of Organs and Fabrics to Tutogen and many personal contacts with former colleagues, uncomfortable circumstances that are now missing from the German social network.

Traced to the German company Tutogen, it must be said that this is a company controlled by the American RTI Biologics, which deals with the processing of tissues and organs in the USA, but also abroad. A couple of years ago, RTI Biologics has been involved in an international scandal when it was proven that some biological tissues obtained from a company based in New Jersey, Biochemical Tissue Services (BTS), were uncertain provenance.

According to the allegations of U.S. prosecutors, the administrator of the company, Michael Mastromarino was personally liable for explants for which the consent of relatives was required. He defended this practice, called evidence of “depraved indifference”, on the basis of the incredible argument that the tissues and organs were extracted from patients suffering from cancer or other incurable diseases.

Adding horror to horror, the prosecution also showed to the jurors photos of dead bodies that had suffered the explants to below the waist, literally to the bone. The martyred bodies were hidden from the relatives when approving the law, with the seam of PVC pipes and a mortuary sack.

For those who have commissioned works that seem to us a work of horrid butchery, in June 2008 Mastromarino was sentenced to maximum prison sentence of 54 years, which even with good behaviour cannot be less than 18 years.