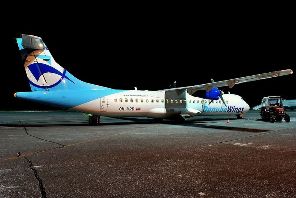 The unsuspecting passenger who carried explosives in his luggage from Slovakia to Ireland on 2 January due to a blunder in a police training exercise is to receive compensation for his troubles.

The Interior Ministry has agreed to award financial compensation to Stefan Gonda from Poprad, after police planted explosives in his luggage and then forgot to take it out again. He then flew to Dublin unaware that he was carrying the explosives and that he could have ended up in an Irish jail.

The news about the compensation came from outgoing interior minister Robert Kalinak on Wednesday 7 July. Kalinak would not say how much compensation would be awarded, but he did note that both sides were satisfied with the agreement.

The incident happened after police at the airport had hid samples of explosives in the luggage of several passengers without their knowledge as part of a training exercise. However, they forgot about a 90-gram package of RDX high explosive that was in Gonda’s bag, and so it was loaded onto the plane.

The 49-year-old made it through Irish security but was subsequently arrested after the Irish authorities were finally informed about the incident. He was then released without charge. The opposition at the time demanded the recall of Kalinak from his post as interior minister, but he was given the full support of the PM and the cabinet, and so held onto his post, which he finally had to give up today, though.