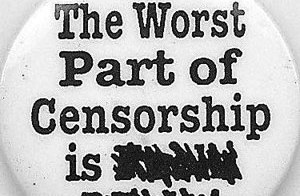 The Slovak Syndicate of Journalists (SSN) has joined other organisations throughout Europe in condemning the recently adopted Press Act in Hungary, offering its support and solidarity, reports daily SME.

The SSN is disturbed by the new law, which could be abused to put certain media out of business due to the massive fines that it imposes for something that is described vaguely as “unbalanced news” (fines up to EUR 727,000). The Slovak syndicate believes the law is unacceptable political interference to the media.

The SSN feels that in many place the law is formulated not so much in a way to create ethical journalism, but rather ‘ethnic’ journalism. The SSN is therefore calling on all democratically-minded journalists, politicians and citizens to extend a helping hand to Hungarian media and so increase the pressure of European institutions on the Hungarian government.

Journalists and media representatives will be holding a protest in front of the Hungarian parliament on Friday afternoon, which everyone is encouraged to join. The protest is demanding that the disputed law be scrapped.