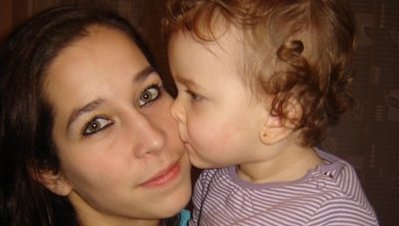 The story of a Slovak mother who was fighting to keep custody of her 4-yr old daughter has lost her case, with the court ordering custody to the Spanish father and for the child to be returned to Spain, setting a precedent in Slovakia.

The mother, Zuzana Hartlova (26), lost the case based on a rule about cross-border abduction, meaning the father Juan Jose Lopez Guiot (47) has won custody of the child after filing a complaint with the European Court of Human Rights (ECHR).

Hartlova was up on kidnapping charges, as mixed nationality parents are not allowed to take a child abroad without the consent of the other parent. The father contested a ruling by the Constitutional Court in Slovakia from December 2011 as it made the ruling without even inviting him to partake in the case. Mr Guiot even went as far to claim for damages worth EUR 167,000 from the Slovak Republic over the decision, and was awarded EUR 27,000.

The child and mother lived briefly with the child’s father in Spain, but as their short relationship broke down, Zuzana returned to Slovakia taking her daughter with her. Unfortunately, because she did not get written consent of her partner before leaving, international law dictates that the child must be returned to her place of ‘usual residence’.

The father sought custody after several months, and eventually on 16 May 2011 the District Court in Martin ruled that the child was to return to Spain to live. The mother Zuzana says her appeals were turned down and evidence showing that she had not abducted her own child was not given consideration by the court.

According to the Hague Convention on the Civil Aspects of International Child Abduction, a child should live in the country where it has spent most of its life. In the case of young girl, who was actually born in Slovakia, she spent 132 more days of her short life in Spain than in Slovakia and so must now be taken from her mother to live with her father.

As the law stands, Slovak citizens and their foreign partners should be aware that they cannot just leave the country of their child’s usual residence without the consent of their partner, as this can be classed as an international abduction under the said Hague Convention. This essentially means that a parent may have to stay indefinitely in a foreign country just to be with their own child.