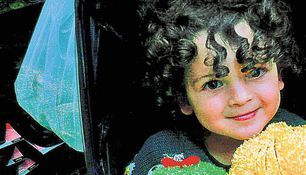 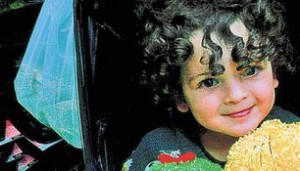 Human rights activists in Slovakia are calling for more action from the Ministry of Foreign Affairs over the case of the 4-yr old boy Adam Azab who was abducted by his Egyptian father two years ago.

The boy’s father, Ahmed Azab, kidnapped his son (who was 2.5 yrs old at the time) from his Slovak mother while on holiday in Egypt. The boy’s mother, Katarina Azab, was awarded custody of the child by courts in Slovakia and Egypt.

The father was apprehended by Egyptian police last week but released after a few days. In his last statement, he said he knew nothing of his son’s whereabouts, but this came after he had previously testified first that his son was with friends, and then with his grandmother. Katarina Azab is fighting in Egypt to get her son back.

The founders of Fond Dobrej Nadeje (Good Hope foundation), Anna Ghannamova and Martin Nikodym, approached foreign minister Mikulas Dzurinda at a recent press conference with a plea for help in forcing the Egyptian authorities to declare the boy missing, as this would spark a local and international search for the boy and get Interpol involved.

The foundation also sent an open letter to Dzurinda, PM Iveta Radicova and the new Egyptian Ambassador to Slovakia, Ihab Talaat Nasr. The activists are calling for the PM to freeze any expansion of relations with Egypt until such times as the boy is found and returned to his mother. They also want the PM to give up some of her reserve fund for the cause.

Foreign affairs minister Dzurinda fully supports the campaign and spoke about the affair with the new Egyptian ambassador after he took up the post in September. Dzurinda was also hoping to have words with his Egyptian counterpart during a recent trip to the UN in New York, but this did not transpire.

“I am following developments on a daily basis. I have been informed that the matter will soon be in court. We will not stop”, said Dzurinda, while promising to discuss the issue with interior minister Daniel Lipsic and put diplomatic pressure on Egypt.