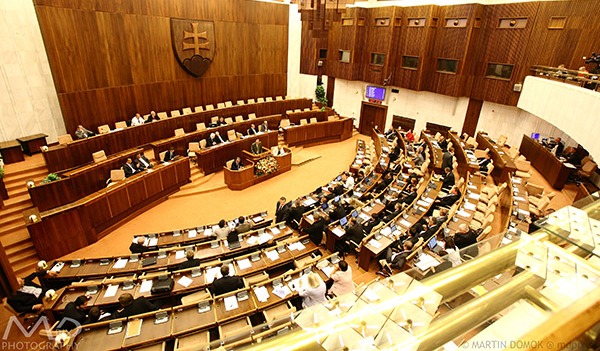 We can first of all look at the reasons why the populous did not participate in the EP elections. This is an odd one because Slovaks are generally happy to be part of the EU with advantages such as freedom of movement (which is important when Bratislava is so close to Vienna and Budapest), help from the EU social fund and the options to work and study abroad. There are murmurs about a lack of democracy, bureaucracy and anger at having to fund Greece’s bail out, but if you look at the bigger picture, it’s been advantageous.

The thing that is missing is excitement. Where is the suspense, interest and discussion that are supposed to go hand in hand with politics? Everyone in the UK knows that Nigel Farage is the MP for the European Parliament. Is he a saint? No. Do I agree with him? No. But he is controversial and interesting. Anything that gets people talking about politics is good. Slovakia needs a controversial figure, a rebel, a Russell Brand or a Boris Johnson.

Slovakia’s political structure lends itself to having both a President (for representation) and a Prime Minister (for the political decisions, loosely speaking). Next March there is an election for a new government and so new Prime Minister and suspense and discussion about what may happen is at almost zero. Much of the public have lost interest in the country’s political charade, which is often dogged with stories and rumors of corruption and greed. Trust and hope have disappeared from the political spectrum and the unfortunate truth is that the mainstream parties will probably not try to change it. There is no minimum voter turnout to be reached, if 10% of the population voted, that would be that. Politicians are used to political disengagement and they have no reason to change it.

In the UK, and on a larger scale the US, political campaigns resemble unfolding movie plots. There are back stories, television adverts, and high profile advertisements on the streets. Televised debates attract millions. There’s satire, jokes and fancy suits. People talk about politics and policies at work, at school, in the pub. Whether this façade be right or wrong, the populous is still politically engaged.

Europe has seen a flurry of impassioned political campaigns in the last 12 months: Scotland, Catalonia, and Greece would be to name a few. When voter apathy becomes too much, anger sets in and this is when things truly get the chance to change. Slovakia doesn’t have the true option to vote for hope at the moment. I hope someone comes out of the woodwork because a bored, disengaged democracy is not a true democracy.