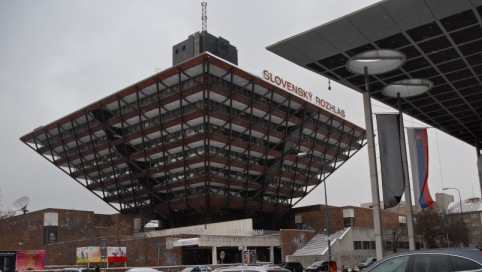 The government pushed through the plan of culture minister Daniel Krajcer to merge Slovak radio and Slovak television into a single institution.

It did so by passing the Act on Slovak Radio and Television (RTS), while overcoming the veto of President Ivan Gasparovic concerning the salary of the institution’s head. Instead of receiving nine-fold the mean income in Slovakia as proposed, the RTS director will get four-fold instead.

Culture minister Krajcer says the move to create a single broadcasting corporation would save the TV broadcaster STV from sinking and lead to greater quality and efficiency in the whole operation of public broadcasting.

The convergence will take about three years and will end with the two former institutions sharing facilities and a new system of financing, as TV and radio license fees will be abolished from 2012.