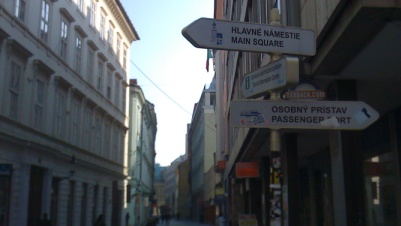 The Slovak Tourist Board (SACR) has adopted a new marketing strategy by which it hopes to boost tourism by up to 3% in 2011-2013.

The plan is to increase domestic tourism by 2% and foreign tourism by 3%, while head of SACR Peter Belinsky has said that the first results were already evident after the winter.

Just like the tourism strategy, an upcoming amendment to the Act on Tourism hopes to see more intense co-operation between the public and private sectors, which should lead to qualitative changes in Slovak tourism.

The new bill hopes to create favourable conditions for the establishment of destination organisations, which will combine the interests of villages, regions and the private sector. The system of ‘destination management’, although all but absent in Slovakia, has been around in Europe for over 20 years already.

There are many other ways to boost tourism, such as by the use of a Tidy towns programme, which would lead to co-operation between local business, foreign companies operating in regions and local government. A simple competition could be organised by the departments of the environment, heritage or tourism and local government, in order to honour the tidiest and most attractive cities, towns and villages in Slovakia.

Such a competition could begin in spring and run during the summer months, while being judged by an independent panel of judges, possibly celebrities and public figures, who would assess the progress of each town or village, while providing suggestions on how each community might improve their general surroundings. Local authorities of towns and villages could reward residents for their personal efforts, and this would result also in public awareness and raise national pride.

Many countries throughout the world have been operating these types of programmes successfully for many years, including Ireland, Britain, the USA and even distant Australia.  Tidy towns also raise international awareness, boost domestic and international tourism and so have a knock-on effect on revenues generated from tourism, whilst boosting employment and promoting national crafts and dying cottage industries .