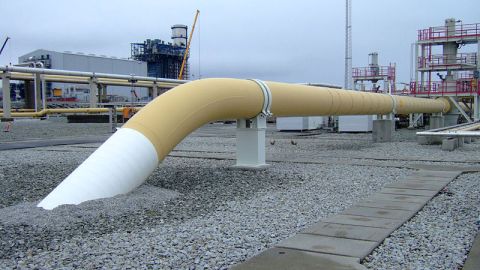 Slovakia and Hungary have finally linked up their transmission networks, opening up a new door for Slovakia in particular to diversify its energy sources to include shipments of oil brought to a terminal in Croatia.

The terminal in Omisalj on the Croatian coast is now reachable as an energy source for Slovakia, after the missing link on the Adria pipeline between Hungary and Slovakia was completed and officially opened today. The opening ceremony was attended by Slovak Prime Minister Robert Fico, Hungarian Prime Minister Viktor Orban and delegates from Slovak and Hungarian oil companies Transpetrol and MOL.

Slovakia and other countries started looking at diversification options after Russia switched off the gas to Ukraine a few years back, with recent escalation of the conflict in Ukraine now making the security of gas and oil supplies from Russia via Ukraine an uncertain option.

The new connection has more or less doubled Slovakia’s potential capacity to 6 million tonnes of black gold per year, although the route will operate merely as a backup option for now.