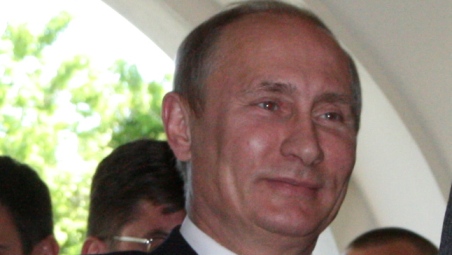 President Andrej Kiska plans to keep to his pre-election promise that he will request the notoriuis letter of invitation from Russia that led to the Warsaw Pact led by the Soviet Union to invade and occupy Czechoslovakia back in 1968.

The invitation has been a bone of contention for year’s as Slovakia does not hold a copy and still plans to punish those involved in the act, which changed the face of Europe and its history.

Kiska said he would put the issue on the table at his first round of talks with his Russian counterpart, so that “history doesn’t repeat itself and the culprits are punished”. His plea for a copy of the letter from Russia could meet deaf ears, however, as even former president Iveta Radicova asked the same of Russian President Putin, who never fulfilled her wish.

President Kiska will most likely not be dealing with the issue immediately, however, as Russian delegates are invited to the anniversary celebrations of the Slovak National Uprising (SNP) next week, but the president’s spokesman Peter Petrus says there will be no time for it.

One of the signatories of the historical document welcoming an invasion was Vasil Biľak, who died in February this year aged 96, taking his secret to the grave with him. The case itself was therefore also closed.

As the last living signatory, hard-line communist Bilak was eventually put up on charges of treason in 2005, but the case was closed as inconclusive in February 2011 by the Attorney General’s Office, essentially as nobody had a copy of the invitation letter and there were no witnesses. Controversial MP Alojz Hlina protested against Bilak by parking a military tank outside his house in 2012, proclaiming how absurd it was that this Bolshevik still lived in a luxury home below the castle, and that he had never been charged for the crime of high treason.

Despite several requests, the Russian government has never produced the ‘official invitation’ to invade Czechoslovakia signed by Bilak and his comrades. A request by Prime Minister Iveta Radicova in 2011 addressed to President Vladimir Putin was met by the reply that “if such a document exists in Moscow, I will get it to you”. He never did and now it makes no difference as the case is now also dead. Moscow previously refused to provide it to Slovakia on the grounds that it is an historic piece of heritage.

After the Velvet Revolution in November 1989, the new Czechoslovak government wasted no time and negotiated the exodus of the troops in January and February 1990. They ‘extradition’ took a year and a half and saw the exodus of around 100,000 troops, 44,000 of their family members, and all kinds of military equipment (1,120 tanks, 2,505 combat vehicles, 103 aircraft, 173 helicopters, and several thousand tonnes of ammunition).