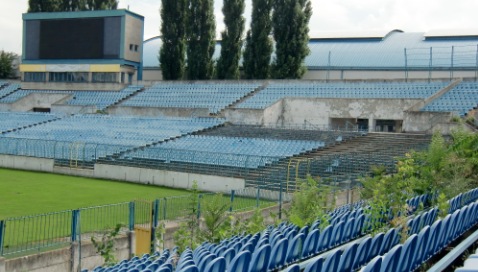 The government agreed today to put up part of the financing to build a national football stadium, which is, embarrassingly, something Slovakia has been lacking for the past several years.

Education minister Eugen Jurzyca announced the news, but without specifying how much the state was willing to contribute. According to Hospodarske Noviny, Jurzyca said the subsidy from the government would go to the party that is willing to build the stadium with its own money, but which asks for the smallest state subsidy, meaning the price is the most important criterion.

Several parties have expressed an interest in taking on the project, most notably the owner of Slovan Bratislava football team Ivan Kmotrik, but he is allegedly not so keen on getting into bed with the state in the project, which has an estimated cost of EUR 50 – 60 million. If he goes ahead with the construction, it will be built on the site of Tehelne Pole, which is currently derelict.

Bratislava City Hall is still in favour of building the national football stadium on a green field, though, with land in Petrlzalka already pinpointed for the project. In the end the decision on which alternative is best will fall to a special selection committee, comprising representatives from the ministries of education and finance, and the Slovak Football Association.

All going to plan, the education minister is optimistic that cosntruction work on the much-needed stadium could begin at the turn of 2012-2013.  The stadium will likely be named after Slovak footballing legend Jan Popluhar, who passed away at the age of 75 in March 2011.