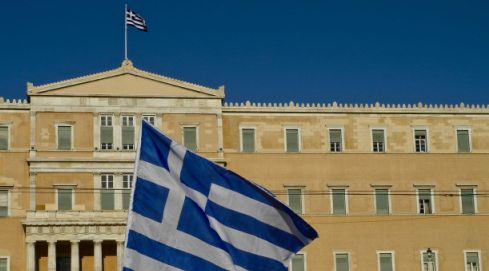 The recent statement of Slovakia’s Prime Minister Robert Fico that his country “is losing patience” paying overdebted Eurozone member-states is something that stirs up pondering. It is not only Slovakia that questions bail-out plans and its contribution to the European Financial Stability Facility (EFSF), but a number of medium-size or small-size countries that retrieve commitments to rescue Eurozone from complete dismantling.

It is without doubt that the financial contribution of Eurozone member-states to EFSF is additionally charged with ad hoc contributions for the ongoing rescue plans. Therefore states are overcoming their annual contributing capacity in the sake of overdebted countries and this inavoidably generates discontent, both in political and social level. In this respect, there are some facts that harden financial capacity of small and medium size contributing members ceteris paribus:

1. Like Slovakia, there are other member-states (e.g. Slovenia, Cyprus) that while having lower per capita income comparing to overdebted countries like Greece, they are abided by their commitments to make additional spending cuts to serve the EFSF. From a merely economic perspective, this sacrifying contribution could potentially lead to a lowering of state revenue income rate, and thus to an impediment of higher state income, as a significant part of fiscal income goes to EFSF instead of state’s account.

2. Overdebted medium-size states like Greece, while receiving and requiring rescue plans, continue to contribute to EFSF. Inevitably this give-and-take creates a paradox as a part of what Greece is receiving goes back to the fund of EFSF whereas the country is in desperate need of even the smaller part of its rescue package.

3. Groaning of small-size states is in large part understood as their political leadership are afraid that their countries could follow the same path of resorting to similar rescue plans in the near future. As instability in Eurozone augments, fear of downturn is equally increasing.

All and all, Eurozone crisis unveils a number of issues that necessitate immediate attention and revision. The badly-shaped mechanisms and regulations upon which Eurozone was built are now re-emerging the most critical concern that skeptic pundits were pointing out before and during the period of Eurozone’s formation: that of deep and wide divergence of Eurozone markets that have irrelavant structural deficiencies and different levels of growth capacity.