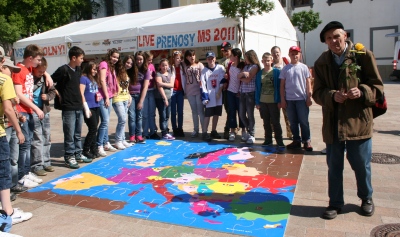 A recent Eurobarometer survey that looks into how citizens in the EU regard the use of foreign languages and multilingualism, has produced some interesting findings, with Slovakia among the top countries in favour of people having also a common language throughout Europe, i.e. English, but not so keen on watching films in their original language.

National variation is greatest in relation to preferences for watching foreign films and programmes, with respondents in Sweden (96%), Finland (95%), Denmark (93%) and the Netherlands (93%) particularly likely to favour subtitles and those in the Czech Republic (21%), Germany (22%), Spain (24%) and Slovakia (25%) least likely to do so.

For the full Eurobarometer report on Slovakia, click here