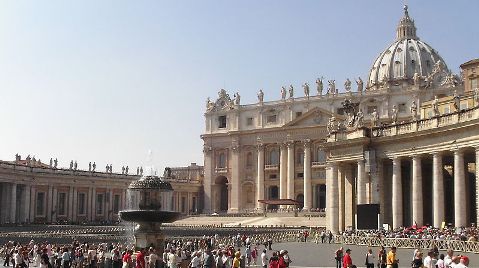 The recall by Pope Benedict XVI of Slovak archbishop Robert Bezak on Monday has not only infuriated many followers, but opened up a can of worms that the Vatican would most likely prefer to keep hush.

The reasons for Bezak’s sudden dismissal from his Trnava archdiocese, unprecedented in Slovakia, are being kept a close secret, with Bezak himself and the Slovak Conference of Bishops also unaware as to why he now must leave his beloved parish of three years and the region where he has served for so long.

Bezak has been instructed not to discuss the issue with the media, and now spokesman for the Slovak Conference of Bishops Jozef Kováčik has announced that the church’s followers do not have the right to all information, arguing that the word of the Pope is final and needs no questioning. There are suspicions that Bezak’s ousting may have been due to his criticism of his predecessor Jan Sokol, who as of yesterday is a party to a criminal complaint over  the mishandling of finances under his office.

SME daily reported yesterday how an open letter has been sent to the Vatican and the Slovak Conference of Bishops by eleven missions, a civil association, the Ján Langoš Foundation and even MP Branislav Škripek demanding to know the reasons for Bezak’s dismissal. A public show of protest took place on Monday, with discontent churchgoers laying flowers and pictures of Bezak outside his house and St Nicholas Basilica in Trnava, with a similar protest planned for this evening. His supporters also plan to congregate outside the St John the Baptist Church during Sunday mass instead of going inside.

With perfect timing just three days after Bezak’s removal, a criminal complaint was filed on Wednesday with the Attorney General’s Office at the initiative of an auditor, which would concern Bezak’s predecessor Jan Sokol, who held the post for over twenty years, concerning allegations of misuse of funds at the Trnava archdiocese. Bezak himself has been critical of Sokol’s tenure, and initiated the audit, so believes this may have been the reason for his dismissal. Among other things, Bezak claimed that Sokol had millions in cash, which Sokol justified as gifts and donations for church repair work and so on, according to SME daily.