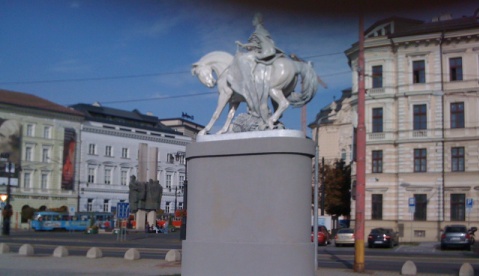 The nationalist party SNS led by Jan Slota is proposing new legislation that would prevent what they refer to as “anti-Slovak” statues being erected in the country.

The party is putting forward a revision to the Act on Municipalities that would stop statues of questionable figures from the past being allowed, like the one of controversial ethnic Hungarian wartime politician Janos Esterhazy, which caused friction when put on display in Kosice in March 2011. At that time, Kosice mayor Richard Rasi was against the private unveiling, saying he also wanted to prepare a new bylaw that will prevent similar controversial and conflict-invoking situations in future.

The proposed revision would also try to end opposition to the erection of pro-Slovak statues, like the one of St. Cyril and Methodius in Komarno, which met with resistance from the local ethnic Hungarian authorities. The revision would mean that local authorities would basically not have the power to prevent the placement of such statues which commemorate places, events and famous people from Slovakia’s “national history”.

The draft legislation comes in the light of a recent petition to replace the set of statues showing Ludovit Stur with one of Maria Theresa, which initially stood on the site until 1938. A small demonstration was held this month against the mere idea of putting Maria Theresa back there. Battles over the symbolism of statues has always been a bit of a national sport in Slovakia.