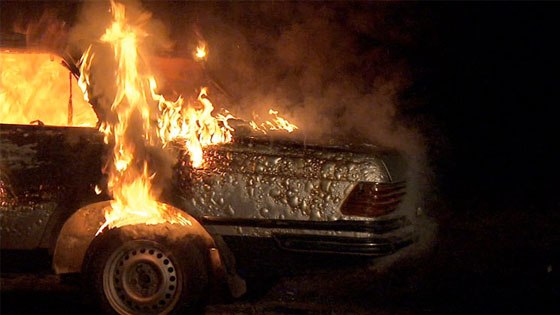 Former national ice-hockey player Vincent Lukac, currently an MP with nationalist party SNS, had to stand and watch as his leased Mercedes burned to a crisp outside his flat in Kosice. He was woken up in the middle of the night by his neighbour, only to witness his beloved car go up in flames.

Lukac claimed that apart from the EUR 100,000 luxury car, which he leased in Bratislava, he had also lost his first salary as an MP and all his ID papers. He said the incident was over a private matter and not politically motivated, which was confirmed also by police chief Jaroslav Spisiak.

He rejected outright that the incident was about some score-settling by people from the underworld, as he told SME daily that he owed nothing to anybody, adn that he was even respected by so-called Mafiosos.