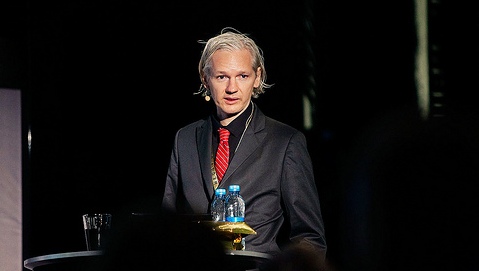 The Slovak Syndicate of Journalists (SSN) weighed in today on the saga of Wikileaks and Julian Assange.

In a statement cited by the SME daily, the Syndicate stated:

It is with alarm that the Slovak Syndicate of Journalists is observing the proliferating attacks against Julian Assange, the founder of Wikileaks. These confirm that the right to information is not definitively settled but remains a continuing subject of conflict. The Syndicate thus joins with the International Federation of Journalists and Reporters Without Borders, and emphasises that the right to oversight of the authorities is the media’s obligations.

Assange was arrested Tuesday in London on a warrant related to allegations of sexual misconduct earlier this year in Sweden. At his court hearing, he refused to consent to extradition to Sweden, and his counsel re-emphasised to the Court that Assange had made himself available to the Swedish prosecutor for questioning numerous times over a period of months only to be rebuffed or ignored. Assange remains jailed until a hearing on 14 December.

Assange has categorically denied the allegations, and has previously suggested they might be part of a “dirty tricks” campaign launched against him by the United States to get at him as head of Wikileaks. In the US, some right-wing politicians have called for Assange to be, variously, tried for espionage, executed or hunted down by the security services.

Since Wikileaks began releasing a raft of nearly 260,000 US State Department diplomatic cables on 28 November, the whistle-blower website has faced attacks ranging from denial of service attacks to the cancellation of its relationships with internet service providers and payment providers. Additionally, Wikileaks assets of some €60,000 have been frozen by online payment processor PayPal, and a bank account in Switzerland holding €31,000 in contributions toward Assange’s legal defense has been terminated.

Wikileaks spokesman Kristinn Hrafnsson has stated that Assange’s arrest will make no difference to the continued release of the diplomatic cables and other materials, and that “this is a turning tide and starting a trend that you can’t really stop unless you want to shut down the Internet.”