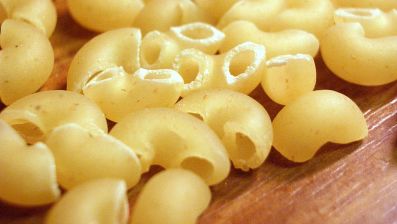 A case has come to light involving the supply of food basics to the needy in which the state will pay for around 3.5 tons of food that it didn’t receive, and which probably never existed in the first place.

A contract disclosed by TV Markiza shows that the state will have to pay for the food in any case because of an addendum that includes a dodgy clause. Basically, because the state did not collect the goods by 27 February, it has lost the right to the goods or its money, and the contract is deemed fulfilled and so the state even has to return the performance bond put up by the company.

The system of providing pasta and flour to the poorest segment of the population was set up under the government of Iveta Radicova, and was welcomed by the recipients, even with the various problems experienced. The suspect addendum was entered to by the Agricultural Payment Agency at the end of November 2011, which was after her government had fallen.

Former agriculture minister from the Most-Hid party, Zsolt Simon, says he remembers the addendum, but not what was contained in it. Spokeswoman for the Ministry of Agriculture, Magda Toth Zelenakova, told the TV station that the situation is being analysed and that they  have reason to believe that the products were never produced from the designated wheat, which was paid for by the European Union. She says they do not expect to find the food in the company’s warehouse, while the company is refusing to allow access to it, according to the TV report.

Possibly another clever way of ripping off honest taxpayers, while certain people can literally have their cake and eat it.