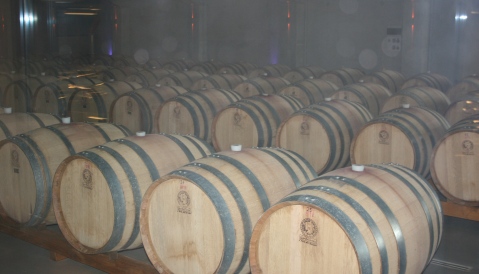 The Ministry of Agriculture is far from happy about the latest proposal of the Ministry of Finance to slap higher excise taxes on alcohol as the changes would mean higher end prices, lower consumption and so also lower production.

The Ministry of Finance has drawn up a revision to the Excise Tax Act, which hardly helps the the already ailing beer and wine industries in Slovakia, as the price of a litre of wine will go up by EUR 0.40 and a litre of the lower alcohol content beer (10 degree Plato) by around EUR 0.10.

There is no excise tax at all on wine at the moment, and so the Ministry of Agriculture projects that a change would see a 25% drop in domestic production due to reduced consumption, with the loss of hundreds of jobs as a result. Some concessions are being made for small producers, but the whole industry will still suffer.

The Slovak Agricultural and Food Chamber (SPPK) is also fundamentally against the draft, which it claims is in contradiction to the aims of the European Union. The SPPK believes that if pushed through the bill would have a huge impact on domestic producers and even promote the black market of alcohol, and so it is calling for the Ministry of Finance to scrap the proposal.

The Ministry of Finance wants to hike the excise taxes up from 1 January 2012 and so generate an additional EUR 45-50 million or so for the state budget in the coming three years. The bill also outlines a system where the tax rate would be proportionate to the alcoholic content.