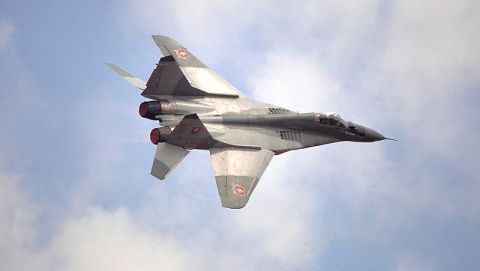 The former executive officer of the General Staff of the Czech army Jiri Sedivy has called for greater co-operation between the armies of Slovakia and the Czech Republic.

Sedivy was speaking as an expert at the Visegrad 4 conference Smart Security in Bratislava yesterday, pointing to how there is still huge potential for collaboration in the field of defence and security that is not being utilised, like shared air defence or military training, for instance.

On the subject of a common air defence system, Sedivy admits that this is far from easy, considering the legislative and practical obstacles to such a project. The idea has been in the pipeline since 2002, but so far it has only been at the stage of talks.

Apart from the obvious advantage of a shared military history and similar languages, closer co-operation in the armed forces makes good sense especially because of the financial savings that could be achieved. Sedivy believes that under the current economic situation the two countries will be forced to move forward with the concept.

One of the problems for Slovakia is that it is still using the old MiG-29 jets, which are basically technologically obsolete and not compatible with more modern aircraft like the Gripen or F-16, Sedivy pointed out. Slovakkia would therefore have to replace its military aircraft before it can contemplate co-operating with neighbouring countries.